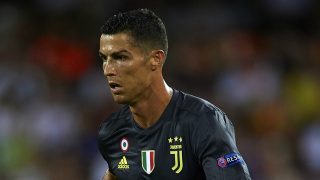 It sparked a reaction when Juventus released an empathic series of tweets in defence of Cristiano Ronaldo amid allegations of rape by model Kathryn Mayorga.

Now, club president Andrea Agnelli says he will support Ronaldo as the world football star battles to clear his name.

The former Manchester United star has been accused by Mayorga of sexually assault in Las Vegas in 2009. Ronaldo, however, refuses any wrong doing.

Der Spiegel, a German based publication, were the first to run the story and suggested that Ronaldo paid Mayorga $375,000 as part of a settlement to prevent any information getting into the public domain.

But Mayorga filing a lawsuit saw the Las Vegas police re-open the investigation.

Speaking at a press conference on Friday, as per beIN Sports, Agnelli made it clear Ronaldo will have his support throughout the case.

“When there are problems I tend to look people in the eyes, ask them the questions directly and then judge them myself.

“I’m very calm, having spoken to him directly as soon as the case emerged, on his position. And his behaviour in the days and weeks that followed only confirm my initial feeling.

“It’s a personal case, but I spoke to him with Pavel [Nedved] and Fabio [Paratici] and I told Cristiano that my door and the door of Juventus will always be open whenever he would need something.

“We are here to support him and the same goes for every woman and man at Juventus, when they need it and when we are convinced that they behaved correctly.”

Ronaldo took part in Juventus’ UEFA Champions League win over United on Tuesday night. He was unable to make a scoring impact on the game, but his presence was still felt at Old Trafford.

The Juve ace addressed the allegation ahead of the match: “I am a happy man,” he told the press, as per Manchester Evening News.

“We did the statement two weeks ago, if I’m not wrong. I am glad, of course, I’m not going to lie in this situation, I’m very happy.

“My lawyers, they are confident and of course I am, too. The most important thing is I enjoy the football, I enjoy my life.

“The rest, I have people who take care of my life. Of course, the truth is always coming in the first position. So, I’m good.”