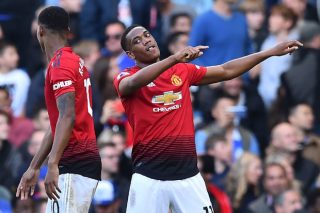 United aim to secure Martial’s future at Old Trafford beyond his current deal which expires next summer, with an option of a further year extension until the summer of 2020. However, the Frenchman has turned down the latest long-term deal to stay at the club with no agreement yet in place.

Talks have been ongoing between Martial and United since the summer, where it looked inevitable the player would leave after his agent publicly expressed his player’s desire to move, as per Goal.

As reported by the Metro, Jose Mourinho was initially willing to part ways with the 22-year-old, but it has been made clear by United’s hierarchy that Martial is a key asset for the club who has yet to fulfil his potential following his world-record £58m move from Monaco.

Despite starting United’s last three games, Martial has struggled to cement his place in Mourinho’s side this season, often starting on the bench behind Alexis Sanchez. Although, the former AS Monaco forward did play a crucial role in United’s 2-2 draw at Chelsea at Stamford Bridge, scoring both goals.

Fans did call for Mourinho to start Martial more and he has performed better than Sanchez had been, in recent games. Everyone at United will hope the young French forward and his representatives can come to some sort of agreement sooner rather than later.

Tottenham have been linked with a move for the attacker, with a report from The Express, who’s future at Old Trafford remains uncertain.