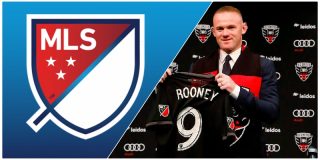 Footballers are attracted to America for a number of reasons. It’s a great country to spend your final years as a professional, with good weather and a better standard of living in many cases.

In recent years, we’ve seen a couple of former Manchester United players head across the pond.

READ MORE: Ex-LFC midfielder slams Mourinho for not getting the best out his players

For instance, the six years David Beckham spent in the United States with LA Galaxy made such an impact on the former England captain, he decided to buy his own franchise, Inter Miami, as revealed by Goal a month ago.

Other players have followed suit, such as Basitian Schweinsteiger, Zlatan Ibrahimovic and Wayne Rooney.

However, it has been revealed by the MLS that Ibrahimovic has sold more shirts than any other player in 2018, while Rooney and Schweinsteiger also feature in the top 10.

The Swede has 22 goals in 26 games for La Galaxy but Rooney is being held responsible for turning DC United’s season around since his arrival. They were at the bottom of the Eastern Conference table after winning just three games out of 17 prior to signing Manchester United’s all-time top goalscorer (256 goals), yet his influence has led them to the play-offs months later.

Rooney, who sold the fourth most shirts in the MLS this year, has scored 12 goals and assisted six in 19 games for DC United. A remarkable record for a 33-year-old to turn his new club’s season around.

What Wayne Rooney has done at @dcunited since he arrived in #MLS has been sensational.

They’ve now made the playoffs https://t.co/OAuDb60Knz

It’s an incredible record and shows how Rooney didn’t just head to America to retire on his last big pay-day. He went to win.

The full list can be seen in order below, as per mlsstore.com: