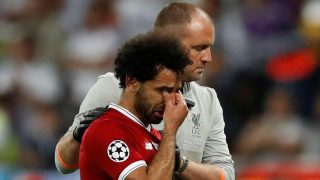 Get the low-down from Babbling Brook on all things football every two weeks.

His comments about fancying a spell in Italy with Juventus don’t trouble me. He’s doing an interview with a paper based in Turin, he’s obliged to say something to get the interviewer appropriately hard/slippery to send them away content that they’ve something to draw the locals in.

Saying this, my mood towards him leaving might be influenced by the fact that whenever the pressures on for him to score, his finishing is about as accurate any mans attempts to piss first thing on a morning.

He’s always had the talent to be a quality left back since joining United. He’s also always had the diet of a fat lad and the work ethic of a goth at Argos.

He’s frustrated me hugely up to the start of this season, but from the start of it he’s played with a beautiful mix of passion, commitment and focus that’s seen him justifiably win player of the months of this years campaign.

While credit for this has to go to the man himself, huge recognition must also go to Mourinho for finding a way to motivate the young lad to push on and fulfil his potential.

Spent ages trying to come up with some profound or funny analogy about how we’ll continue to die a slow and painful death under our current owners, or we’ll enjoy huge and incredible tainted joy under the new owners we’ve been linked with.

For me though, I’m only child/functioning sociopath. If these guys are coming to invest a level of money in United that will launch us back up to the top table of domestic and European football, then I can be as oblivious to the consequences of the damage done by their regime as the Conservative government is to lives crushed and buried by years of austerity.

I’ve heard a rumour that Salah is injured. This clearly can’t be true though as I heard this over a week ago and I’ve heard no threat of having opposition players done for war crimes. Challenged to charity boxing matches. Demands to replay the game, or any of the usual anger we get from that lot the second something isn’t going their way.

Just a pity that this recent spell where they’ve dropped points like their adolescent girls drop their kecks, they’ve such a straight forward game to play on their return to domestic action. Even with big names absent this weekend, they’ll cut through a Huddersfield like a fart cuts through silence… the bastards!!!

The the Tuesday night hand job of televised sport.

You’ll take it as something that’s better than nothing, but it’s never gonna be something you look forward to or demand more of.