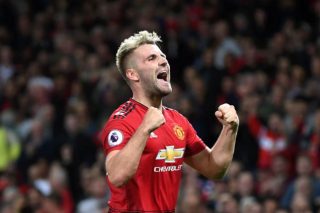 Luke Shaw has signed a new contract with Manchester United after an impressive start to the season.

Shaw, 23, had entered the last year of his previous deal but after winning back-to-back United player of the month awards for August and September, he has earned a significant pay rise.

A hat tip to Manchester Evening News, who in June published a report that United were planning fresh terms for Shaw, though it may come across as a merely speculative piece.

Shaw’s turnaround has been incredible. The left-back has gone from being a squad member who struggled with injuries and fitness to convincing Jose Mourinho to restore faith in him, although Shaw’s ability was never questioned by the manager.

If this new lease of life happened elsewhere, the manager would be praised for getting the best out of a player. That doesn’t fit the Mourinho narrative though, and it is deemed more important to penalise the man for swearing despite nobody being offended by what he said following the win over Newcastle.

Anyhow, well done Shaw. Our best player so far this season, even if that doesn’t say much.

And Luke Shaw has signed a new #mufc contract. Told me in the summer: ‘Whatever happens in the next couple of months, I want to earn a contract and I want a contract because I deserve a contract.’ He’s earned it.