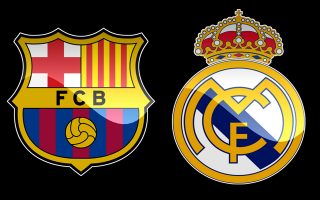 Barcelona and Real Madrid have reportedly been offered the chance to sign Manchester United striker Romelu Lukaku, but Los Blancos allegedly have the edge over the Blaurgrana.

According to Don Balon, the Belgium international has offered his signing to both La Liga clubs, and that he would rather a move to the Spanish capital.

The report adds that Jose Mourinho doesn’t have the support of Lukaku and that he and other teammates want to leave United as quickly as they can.

Lukaku’s game has improved since his move to Old Trafford from Everton, however, he still has a lot more to do if he wishes to be considered a world class striker.

Lukaku, 25, has scored 31 goals and assisted nine in 62 appearances for United, a decent return when you consider our conservative approach under Mourinho.

His overall record in the Premier League is incredible, scoring 105 goals in 228 appearances. It’s no wonder clubs like Madrid and Barca would be interested.

A proposed arrival at either club would see Lukaku compete with either Karim Benzema or Luis Suarez for a starting spot, but there is little to suggest why we should believe Don Balon…

Lukaku tends to get mixed reactions from United fans… Some who believe he doesn’t get sufficient service and looks isolated up front, others who think he squanders too many sitters in front of goal.

In the past week, he spoke about playing in Italy one day, while praising United’s upcoming opponents Juventus.