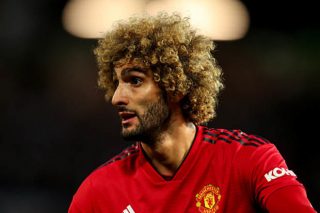 According to Belgium manager Roberto Martinez, Marouane Fellaini “should be fine” for Manchester United’s away trip to Chelsea on Saturday.

The former Everton midfielder was not involved on Tuesday as Martinez’s side draw 1-1 with the Netherlands.

Martinez spoke to Sky Sports afterwards: “He should be fine, it’s just he wasn’t 100 per cent.

“He’s got an important game at the weekend and this wasn’t the game to use players who weren’t 100 per cent.

“We expect he should be fine in the next couple of days.”

United are eight in the table, while Chelsea have started the season much stronger and are positioned in second.

Mourinho will speak to the media on Friday and is likely to give a fitness update on the following players: Fellaini, Nemanja Matic and Luke Shaw.

Fellaini is expected to face Chelsea despite missing out for #BEL on Tuesday with a groin problem. “He should be fine, it's just he wasn't 100%," Martinez said. "He's got an important game at the weekend. We expect he should be fine in the next couple of days." #MUFC