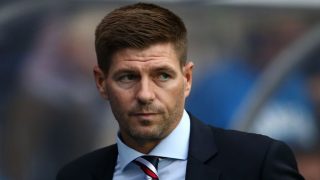 According to The Sun, Manchester United are considering allowing Scott McTominay to leave on loan in January.

The 21-year-old has struggled so far this season, partly because he’s been asked to play at centre-back rather than his preferred midfield role.

It is claimed that McTominay was wanted by Championship sides Leeds and Aston Villa in the summer, but United rejected all offers.

However, apparently, Jose Mourinho is now open to the idea of the Scotland international heading out for six-months in search of regular first-team football.

The Sun claims they’ve spoken to an Old Trafford source about the situation. They allegedly said: “Scott is wanted by a number of clubs and there are offers on the table already.

“The club are not totally against the idea of him going. There was a lot of interest in him in the summer.

“Jose is a big fan of his despite what might be perceived with his comments about his confidence being knocked.

“He still have a future here but the thought is more football could help toughen him up and get him away from the spotlight.”

Interestingly, we stumbled across a Rangers fan site, via Vital Football, urging manager Steven Gerrard to make McTominay a target for the winter transfer winter.

Being a Scotland international, a move to the SPL would see McTominay handed a greater chance to break into the Scottish line-up rather than sitting on the bench at Old Trafford.

Though if there really is a number of offers on the table, United should avoid sending any players to Gerrard. A move to a Championship club would be much preferable.