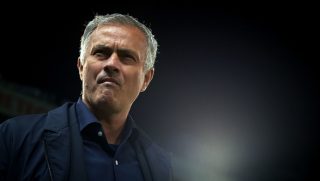 Jose Mourinho has received a charge from the FA for using obscene language into a TV camera at the end of the recent 3-2 win over Newcastle.

The Mirror reports on this charge from the FA, with Mourinho appearing to mouth the phrase “fodas filhos de puta,” or ‘f**k off sons of b*****s’ in English as he walked off the pitch following the full-time whistle.

Mourinho is known for courting controversy but questions will be asked whether other managers would get away with such behaviour.

The report states Mourinho has until 6pm on Friday to respond to the charge for misconduct.

Some fans are in disbelief about Mourinho getting in trouble for this and are seemingly united behind him for a charge in slamming the ‘agenda’ against him.

Although the 55-year-old was on the verge of getting sacked prior to the international break, there are United fans who agree he gets a hard time from the media and the Football Association.

The FA’s agenda against Mourinho continues can’t celebrate a win without being fined ffs https://t.co/3hS0xfhBwr

José Mourinho has been charged by the FA for his celebrations vs Newcastle and what he said in Portuguese.

Absolute joke that by the FA tbh.

And they say there are no agenda against Mourinho. Klopp and Pep can do what they want,yell in refs face without any punishment. https://t.co/Ivkufn25ny

I actually feel sorry for Mourinho. Getting charged by FA for swearing in Portuguese. Absolute vendetta against him. Ridiculous

The agenda against Mourinho is insane.