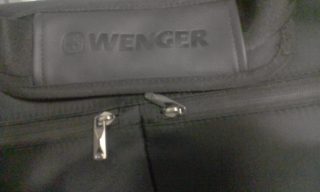 My week didn’t begin well. It’s bad enough Jose Mourinho is waging psychological warfare with half his squad, the board and media, that Manchester United’s defensive corps laid down their weapons, surrendering before the campaign even began and that Rui Faria turned down the Aston Villa job because, after 17 years at the Special One’s side, he is [understandably] enjoying life away from football. No, life had to make it personal.

I was typing away on Monday evening when my viewscreen exploded mid-keystroke into a digitised Jackson Pollock canvas. Vibrant colours cascaded everywhere in no discernible pattern. There was probably some abstract symbolism escaping my eyes but I couldn’t share the Rorschach-test-in-HD online to find out because my connection to the wider world was now a finished work of art hoping for wall space in the Guggenheim rather than an organ harvest at the local recycling centre.

READ MORE: Glazers linked with sale of Man Utd following reported interest from one of the world’s richest families

After emailing the Guggenheim from the local library’s computer, Tuesday vanished. I shopped for a new device, downloaded all my personal software, returned to the electronics shop because the wider keyboard with the numbers array on the right meant my new touchpad sat further to the left than on my former notebook-turned-abstract-painter and I needed a mouse to finally catch up on my work without developing carpal tunnel syndrome. The thought of an inanimate device harbouring artistic yearnings inspired prolonged speculation over what exactly Rui Faria is doing with all his free time. Otherwise, the day was a slog-fest.

There was another problem with the new laptop. It was bigger. Fitting it into my little pull-cart computer luggage was possible but problematic. Like Dr Who’s Tardis, there was more room on the inside but the opening was too small. Rather than just slipping the thing inside and zipping up [hush yo’ mouth!], the cart had to be laid on the desk and the computer forced in from the bottom end [!]. Not quite Armageddon, but trying to keep the dirty wheels away from the desktop factored balance, instability, and at least four of the seven words you can’t say on the telly into the equation.

Thus Thursday evening after dinner was pre-empted for a trip to the luggage store. There’s one near my flat in Fort Lauderdale’s southern end. The port’s also nearby. The shop caters to cruise ship crew and passengers more than football writers living on a pittance although we share the same needs. It offers generic and copycat luggage in a pinch for affordable prices.

If you’re a slave to the brand, you’re probably shocked a writer would purchase counterfeit merchandise. Please. Words can be arranged into an infinite array of unique, attributable combinations. Luggage is canvas or leather with zippers, snaps, handles and, occasionally, wheels. Its functionality requires far greater uniformity and offers much less originality than literature or even journalism. Slapping a name on it is done for profit rather than pride. If a writer who looks like me albeit two inches shorter with brown eyes should appear on the internet, issuing opinions nearly identical to my own, I’ll throw him off that bridge when I come to it.

This particular store had a brand with an embossed cross in a circle that cried out, “We’re just as good as Swiss Gear!” They weren’t lying. Crafted from a black synthetic weave, the shoulder bag had an attractive sheen, a plush interior to protect the machine, sturdy manufacture and all sorts of compartments for accessories. It matched Swiss Gear for quality at about $30 less. After dithering over its one glaring fault for 10 or 15 minutes, I caved, handing my debit card to the cheerful clerk who, not a football fan, couldn’t understand my reluctance even after I explained.

In a sense, the glaring fault can be summed up as the bag being a brand other than Swiss Gear, more specifically a brand that would put off every right-thinking United fan on the planet. Commercialism and my budget being what they are, I must carry this bag around everywhere I go, occasionally thanking strangers through gritted teeth for their compliments regarding its dapperness. There on the shoulder strap and the little tag on the side for all the world to see to my eternal shame is the worst possible name I could think to advertise to the planet.