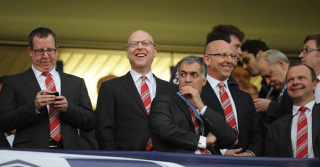 So, a scoreless draw with Valencia in the Champions League seemed to be the real tipping point for every fan who wants Mourinho out of the club. A series of ex-player opinion and fan reaction made the headlines whereas numerous media outlets link the club with potential replacements almost hourly.

A comeback 3-2 win against Newcastle reignites nostalgia of the past for many including myself who were at the ground or who followed the match. With the story that he would have been sacked regardless of the result coming out on Friday night, the club then backed Jose publicly on Saturday Morning.

This is a tricky time for everyone involved with the club as nobody seems to know what to do next. The board and Ed Woodward seem undecided on what to do and which way to go, so this bad run of form has seen scrutiny turn from the manager/players to the board themselves.

Board members of clubs like to be peripheral figures who most fans couldn’t pick out of a line-up, but once fans turn their ire towards them they soon become infamous. Now fans are questioning if this money-making juggernaut is actually paying attention to the footballing aspect of this great club.

There are numerous problems on the pitch at this moment but the malaise of this once dominate club started long before that. Most fans think that just getting rid of the manager and his tactics will bring back the good times almost instantly. But I hate to break it to United fans… it is going to get worse.

Just to think the beginning of the current state of affairs actually began in 2004 with an argument over a racehorse named Rock of Gibraltar. Sir Alex Ferguson entered into a partnership with Irish Businessman John Magnier, who along with fellow Irish Businessman J.P McManus had a 28.89% stake in the club. A row ensued over the Horse which leads to a series of spats and a fallout that culminated with protests against the two men from United fans and even the Club was pressured by the Irishmen’s group, Cubic Expression, to get rid of Ferguson.

Sir Alex Ferguson was suing the Majority Shareholders and the fans as they normally would have, sided with Ferguson but this incident led to the club looking elsewhere to reduce the influence of McManus/Magnier. So, they looked elsewhere, and the Glazer family took over a few years later buying out their shares in the club and taking the club off the Stock Exchange for the first time in 14 years.

The Club went from strength to strength on the pitch as the team began to dominate in the League and also reach three Champions League finals winning one in Moscow but losing two to Barcelona.

The Glazers had nothing to do with this success as the squad was already in place to win trophies, so they reaped the benefits. Then Cristiano Ronaldo left the club for a World Record fee at the time of £80m to Real Madrid. This began the slow tightening of the purse strings as David de Gea and Robin van Persie in the last season of Sir Alex would be the only big names coming in.

Ferguson previously said, ‘I just don’t see that player who can make a difference for us in terms of value or ability’. Now was this the Glazers not giving him the money to reinvest, or was it Ferguson? Hard to say but looking back now it would not surprise me if the Glazers just stopped the big spending.

Then Sir Alex Ferguson retired, and Chief Executive David Gill moved on, so Ed Woodward took over and the post-Ferguson era began with David Moyes. His reign ended in April after a few disastrous months in charge.

Ed Woodward then appointed Louis Van Gaal, after his Holland team finished 3rd in the World Cup. He had two years, but after numerous fans and pundits complained about the turgid football, the club got rid of him and appointed Jose Mourinho and this brings us to our current manager on the pitch.

Off the pitch, the Post Ferguson era saw the Club start to gather huge sponsorships deals with numerous companies and the club were always mainstays on Football rich lists. The Club has been listed on the New York Stock Exchange since 2012 were refinanced, and were in debt, for the first time since 1931.

Over the last few years, the brand of the club has grown, and the club have so many different sponsors including

1st October is a day United fans should know as not only the date of birth of possibly United’s greatest ever talent Duncan Edwards, and also the day Sir Matt Busby took charge of the club. But United’s official Twitter page decided to announce their new sponsor Chivas Regal Whiskey, with a video featuring the 1968 European Cup winning team including George Best who was an alcoholic and died from complications after a liver transplant. It seems the Glazers will sell every aspect of this club including its history and its soul.

The last few seasons, the Club has grown in every aspect from Twitter/Instagram/YouTube followers to the 4.9 rated Manchester United App. The club stands with the Dallas Cowboys as the two most valuable franchises on the planet.

The two are very similar, as the Cowboys have the second most Super Bowl’s, only behind the Pittsburgh Steelers. They are referred to as “America’s Team” but haven’t been in a Super Bowl in 22 years. Yet they still make a huge profit off the past. This is eerily similar to United, in that the success on the pitch has no bearing whatsoever on the ability to make money off it.

United have slipped on the pitch for a few years now but with Managers complaining they were/aren’t being backed in the market, there should be alarm bells going off in the boardroom. The Glazer meetings would be more reminiscent of Scrooge McDuck diving into his money like a swimming pool.

In a recent conference call to investors where Ed Woodward announced how much money the club has made over the last year, he was asked one question. Was it about the Manager? Paul Pogba? State of the Squad? No, it was if the new shirt sponsor (Kohler) would have any impact on the main sponsor (Chevrolet).

There is an episode of The Simpsons, where Homer gets a new job working for a charming and charismatic new boss, who is bent on World Domination and Homer is completely oblivious to, it despite numerous incidents going on in the background (if you don’t know about this I would implore you to search Hank Scorpio on YouTube). The situation is similar, except the Glazers don’t have a plan for World Domination, as with the club they have already achieved it with the club being valued at over $4Billion.

The club signs ready-made stars who are highly marketable, like the Real Madrid ‘Galaticos’ project who can earn vast sums of money through marketing and merchandise whilst ignoring the parts of the squad in need of dire surgery. The Executive Vice Chairmen is according to some reports vetoing transfer targets as he doesn’t feel they are better than the ones we have currently (Newsflash Ed; they are). Imagine if Jose Mourinho went into a board meeting and pitch a strategy to increase revenue by targeting a certain demographic in the Asian market for example. He would be laughed out by that board as he doesn’t know anything about business, well its vice versa with the board about football.

There is no transparent structure in the club regarding a Football Hierarchy and this is a huge red flag for any top-class manager the club wants to bring in to replace Jose Mourinho. Woodward’s football naivety has been exploited by agents in the last few years, as the club has paid huge amounts of money for very little on pitch return. A couple of years ago the Youth set up at United was criticised as falling behind our neighbours Manchester City. But with a restructuring with Kieran McKenna (Until he joined the First team set up after Rui Faria’s departure) and Class of 92 player Nicky Butt taking over at youth team level has seen a lot of success in a short time frame so surely it can be done a little higher up the ladder right?

The Club is still clinging on to the past remembering the good old days and that helps the Glazers make money off the club feeding off its success like a vampire. The Club will continue to make money and with the Premier League TV deals growing annually and streaming rights coming up for grabs soon it may be time for them to sell at a huge profit with the club absorbing a lot of their debt they took to buy it, having refinanced it over the years.

Nowadays, the club is literally a money-making machine, that has to stop for a couple of hours a week for a game to be played. The Club has been sleepwalking into this for years and to think, it took a disagreement over a racehorse to start it all off. The latest saga is Mourinho vs Pogba; which one will leave first? I wouldn’t be surprised to turn on my TV soon and hear a voiceover say, ‘Today on A Place in the Sun, Paul and Mino are currently looking for a luxury mansion in Barcelona, after a spell in Manchester didn’t quite work out the way they hoped.’

The Club doesn’t seem to care about winning trophies anymore, with profit becoming king over trophies. They are more a Financial Corporation than Football Club now. United are in an amazing position off the pitch, but on it, they have been poor and under par for several years.

The club needs a structure that can be put in place to ensure continued success, not a quick fix. United have financial experts helping them grow but now they need a Football expert to get results back on the Field.

A director of Football is often mentioned and this needs to be done quickly, as a businessman like Ed Woodward, should not be allegedly telling Jose Mourinho that the players he thinks will help the squad aren’t right because they don’t fit the profile or have no sell on value. When every decision is taken with financial implications instead of footballing ones, then this is the problem. United need football experience in the boardroom to help the club make the right choices to get the club back on track, not an investment banker.

The club is looking at taking steps to restructure the club above the manager with a Director of Football or Technical Director being looked at being hired before the end of the year. But you have to wonder if this a legitimate move or more just to placate the voices of irate fans/pundits?

United have to fix this before any managerial change as no viable candidate will want this job if the current manager didn’t get any backing for transfers. This year, a team who play attacking, swashbuckling football, lead by a charismatic manager who achieved success upsetting the status quo in his own country, are fighting it out at the top. They are hoping to end a barren spell of League titles in domestic football, whereas the biggest club in the land cling to former glories and are trying to replicate the past where everyone else has moved on. Liverpool are becoming United in the early 90’s and vice versa. After all they say you become the thing you hate the most.