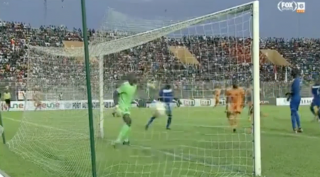 Bailly has been linked with moves away from United this week, with Arsenal and Tottenham Hotspur said to be both interested.

ESPN understands Bailly may look to consider his future at Old Trafford unless he starts getting more game time between now and the end of the season.

However, Bailly’s development took a hit last season after showing real promise in his debut campaign as he played a role in United’s Europa League and League Cup triumphs.

He spent much of last season out injured but was also involved in a dispute with Mourinho.

Hopefully, the pair can get beyond their differences and work towards finding a solution to fix United’s defensive problems.

United cannot keep sticking by underperforming players like Chris Smalling and Phil Jones each season. It’s very difficult to win anything unless you’re solid at the back, and with those players, United are anything but…

Moreover, we found a clip of Ivory Coast’s opener after publishing. Bailly with a nice assist for Jonathan Kodjia.