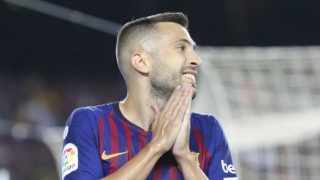 Don Balon claim the Reds have recently intensified talks over bringing experienced Spain international to Old Trafford and would be prepared to pay around £35 million for his services, despite already having an in-form Luke Shaw winning consecutive Player of the Month awards at the club…

The report also notes how Alba is yet to sign a new contract at the Nou Camp, meaning he could potentially move for a bargain fee in the near future.

How convenient timing wise… Never before have we experienced such rubbish from a Barcelona player in contractual negotiation, right? Real Madrid are just as guilty as their rivals.

The 29-year-old formed a key part of that legendary Barça side that won the treble in 2014/15. He also won Euro 2012 with his country, therefore, would arrive vastly experienced.

Even if United were previously looking at Alba, it would be another mistake from this club to overlook Shaw after his re-emergence into the team.

This claims are surely RUBBISH?