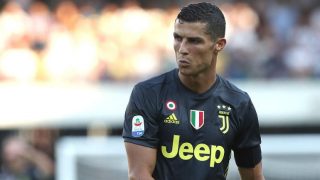 The La Liga giants have announced they are taking legal action against a Portuguese newspaper after they claimed the Bernabeu club had told Ronaldo to pay off Mayorga, who accuses the Juventus star of sexually assaulting her in 2009, shortly after joining Real Madrid.

Correio da Manha ran a front-page story on Wednesday suggesting that Madrid had pushed their former player into settling out of court with Mayorga because they were concerned about his image after spending a world-record fee of £80 million to sign him from Manchester United.

The tabloid claims that “one of the principal arguments that Ronaldo will use to justify the signing of the agreement is that he was pressured by Real Madrid.”

However, Madrid deny those claims in a statement and reveal they will take legal action against the publication, as per The Independent.

“Real Madrid C.F. communicates that it has undertaken legal action against the Portuguese newspaper Correio da Mancha for the publication of information that is rotundly false and that intends to seriously damage the image of our club.

“Real Madrid had no knowledge of the occurrences that said newspaper refers to relative to the player Cristiano Ronaldo and, as such, could not have done anything about something that it absolutely did not know anything about.

“Real Madrid has asked for a complete correction on the part of the aforementioned publication.”