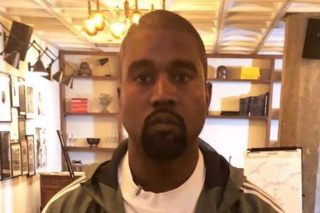 Manchester United appear to have unveiled rapper Kanye West as their new celebrity fan in a photo post on Instagram.

I don’t know how, but this is definitely worse than Olly Murs.

I guess it is fitting given how glum Kanye appears wearing the merchandise.

This all on the big day Kanye met with President of the United States, Donald Trump, and dropped the F bomb.

“Let’s stop worrying about the future all we have is today. … Trump is on his hero’s journey right now. He might not have thought he’d have a crazy motherf—er like (me),” Kanye said, according to a White House pool report.