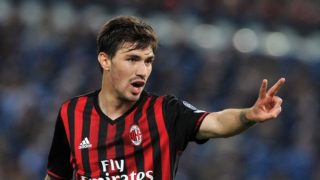 Manchester United appearing on the back page of a newspaper is a template nowadays. There’s no need to be hush about it, it’s okay to admit the biggest football club in English football sells newspapers more than the rest.

That means in the lead up to a transfer window, the Reds get drawn into all sorts of speculation. We take a look at what’s doing the rounds on Thursday morning.

LFC are considered favourites to make a January move for the Arsenal midfielder, but United are also being dragged into it as a possible destination. The 28-year-old is available on a free contract at the end of the season and can negotiate with foreign clubs from January 1.

Stretty News’ view: The £25 million fee that is being touted around may make you warm to the idea of signing Ramsey, but the club ought to carefully consider what kind of wages he would demand. Far too often we sign players and can’t get rid of them when the time is right because nobody will pay what we’re currently handing them. See Chris Smalling and Phil Jones for example.

Chelsea and United are interested in AC Milan centre-back Romagnoli. The 23-year-old has impressed under Gennaro Gattuso and plays most if now all weeks for the Italian club, but Maurizio Sarri likes something he’s seen while managing Napoli and is aware Gary Cahill’s time is coming to an end.

SN’s view: You will take anything when you’ve still got Smalling and Jones at the club…

The Reds are being linked with a potential bid for Barcelona left-back Alba. The left-back has made little progress with the La Liga champions over a new contract, which expires the summer after next. Meanwhile, the Spanish giants have been linked with Liverpool’s Alberto Moreno.

SN’s view: Contractual negotiations break down. CALL UNITED! This occurs all too often with the big Spanish clubs, who all love to use United in these situations. There’s no need to sign Alba when Luke Shaw is hitting the form of his life and could even improve more. Oh, and by the way… Alberto fuckin’ Moreno to Barcelona? Perhaps we all still have a chance at making it.