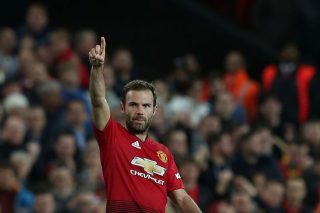 An exclusive has emerged from The Sun stating Manchester United want to hold showdown contract talks with Juan Mata this month.

The 30-year-old can leave the club on a free in the summer and will be able to start negotiating a deal away from Old Trafford with foreign clubs from January 1.

The report also states that Mata is keen to stay at Old Trafford, but a number of issues both on and off the pitch have seen talks over fresh terms falter.

There are a number of football clubs throughout Europe that would snap Mata up if he was to become available, including his former club Valencia.

But United hope to sit down with Mata’s agent and father, Juan Snr, in the coming weeks to discuss a new deal before it’s too late.

The Sun claims an Old Trafford source said the following: “Mata’s dad is a tough negotiator and it has not gone down well how this situation has been allowed to drag on.

“United will try their best to convince them to stay, but it is by no means certain that even extra cash will do the trick.

“It’s purely about playing for Juan. The club know they have left it late and are desperately running out of time.

“They are playing catch-up because of various contract issues and the problems on the pitch being a priority to sort.”

With Mata turning 31 in April of next year, United need to be careful about offering the Spaniard too long of a contract. The club tends to struggle as it is when it comes to selling players and making profit, and the last thing we need now is more aging players stuck to our wage books.

That said, Mata for another year or two does sound appealing…