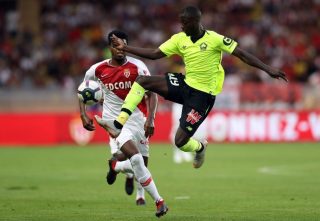 His impressive displays have seen him linked with a big-money switch in the coming months, with the Reds and Gunners mulling over a £30 million move for the forward.

However, according to SportBild, as per talkSPORT, the Premier League giants will not have a free run at signing Pepe, as Bayern Munich enter the race for his signature.

It is stated that the Bundesliga champions are ready to pull out all the stops in order to snap the Ivory Coast international up during the January transfer window.

The report also claims that Bayern are set to hold talks with the player’s entourage in the coming weeks.

The Mirror previously made claims that Arsenal are closely following the attacker, but Everton have also sent scouts to watch him. In Spain, Barcelona and Sevilla are tracking the 23-year-old, whilst in France, Lyon saw a £26m bid rejected in the summer transfer window.

While Marcus Rashford and Anthony Martial are often played out wide on the left flank, both players seem to want a more central role, currently occupied by Romelu Lukaku.

And at Bayern, Pepe would be expected to challenge Robert Lewandowski for a place in the starting eleven. Arsenal also have more established players playing as centre-forwards, so perhaps he’s being touted as one for the future?