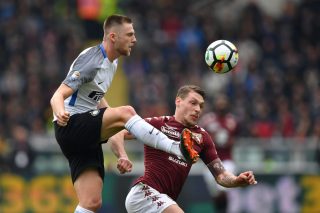 According to Tuttosport, as cited on Calciomercato, the defender is on the German club’s radar as well as topping Manchester United’s transfer list as both clubs seek defensive reinforcement.

The Bundesliga champions are looking to bolster their squad in the new year after their poor start to the season.

In order to do so, they have allegedly shortlisted Skriniar who has been impressing at the San Siro this season.

Any deal to sign the Slovakia international is likely to cost either Bayern or United around €80 million, with the player tied under contract at Inter until 2022.

Jose Mourinho aimed to bring Skriniar to United during the summer, though a deal never materialised ESPN’s Rob Dawson remains convinced he’s a target for the future.

With Chris Smalling, Phil Jones, Victor Lindelof and Eric Bailly the prime defenders thus far this season, with cameo appearances from Scott McTominay, Ander Herrera and Paul Pogba, it’s clear Mourinho is making a statement to Ed Woodward about the lack of quality available in defence.

United have relied for too long on David de Gea between the sticks and once he shows a slight drop in form, it’s telling that he’s saved this back four for long enough. A get out of jail card!