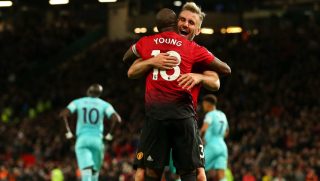 Following reports that talks are underway between Manchester United and Luke Shaw over a new contract, Sport Witness claims Jose Mourinho’s future at Old Trafford will have no bearing on the player’s decision to sign a new deal with the club.

The 23-year-old’s current deal expires in 2019 and a failure from United to hand him an extension will see Shaw leave as a free agent at the end of the season.

Given his performances this season Shaw has cemented himself into the left-back role and would be a massive loss to the side.

Shaw has only missed out on one Premier League match this season due to not being fully fit after suffering from a concussion during the last international break.

There have been claims in England that Shaw has no intention to renew if Mourinho remains at the club because the full-back has allegedly not forgotten the treatment he received in the last two years from the manager.

Perhaps harsh given it is Mourinho who has helped Shaw develop into the player and character we’re seeing now.

Sport Witness claims any talk about Mourinho’s stay blocking a renewal are ‘rubbish’ and the manager will have no impact on what decision Shaw makes for his future.