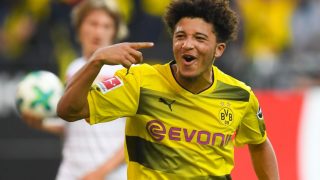 Manchester United are among the clubs expected to bid for Borussia Dortmund winger Jadon Sancho in the near future after his superb form in the Bundesliga.

Arsenal, Liverpool, Chelsea and Tottenham are also mentioned as being among the youngster’s admirers, with the Daily Mail saying Dortmund anticipate bids to come in for him soon.

The German giants are also hopeful to command as much as £100 million for Sancho, a ridiculous amount of money for an unproven star, though he looks like one of the top young talents in world football at the moment.

That still comes with a risk as Barcelona have seen with Ousmane Dembele (signed for £10m, sold for over £100m the following year) and I certainly wouldn’t be throwing anywhere near £100m to BVB for Sancho. No way!

Sancho cost £8 million to sign from Manchester City and looks to have serious potential after topping Europe’s big five leagues for assists this season.

The 18-year-old has set up six goals and scored one for Dortmund and seems an ideal buy for United after our struggles this season. Jose Mourinho’s men could do with a fresh thinking attack-minded player to mix things up, but he would be competing with Alexis Sanchez, Anthony Martial and Marcus Rashford…

Moreover, BVB’s sporting director Michael Zorc has given an explanation for how his club managed to see off so much competition for Sancho last year.

When Dortmund signed him, The Independent were among the sources claiming the likes of Arsenal and United were interested at the time, though they were priced out of the move.

Another piece from The Mirror now states Sancho had offers from Real Madrid and Bayern Munich as well, but Zorc is quoted in the story as saying his club’s record of trusting and developing youth maybe gave the edge in the transfer dealings.

‘I think he has chosen us because for more than a decade our strategy has been to transfer the best European talents, to trust them, give them a lot of time on the pitch and make them better and better,’ Zorc said.

‘His development over the past two years is fantastic. Jadon is one of the most exciting players in Europe. Normally, boys of this age are of course still lacking in effectiveness, but Jadon is very effective. He scores on a regular basis. The most important point: he has something unpredictable!

‘For example, you never know if he will go left or right in one-on-one situations. He enriches our game and honestly reminds me a little bit of Ousmane Dembele on the pitch.’

Sancho has even earned his first senior England call-up and it may not be long before we see him playing in the Premier League. He looks to be Dortmund’s latest great discovery. 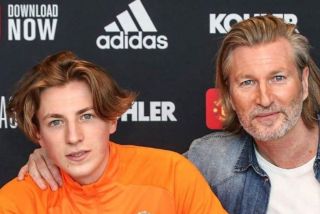 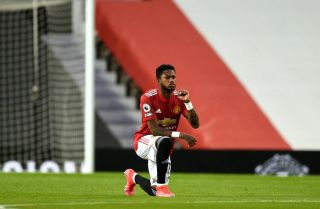 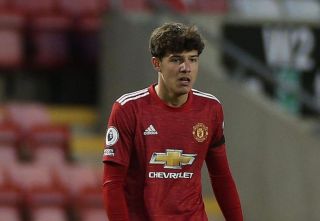