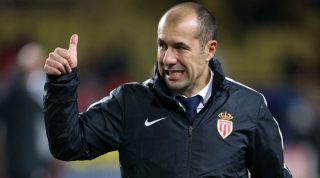 It has been a disastrous start to the season for AS Monaco in Ligue 1.

Monaco sit in 18th place after winning just one of their first nine matches in the league this season.

READ MORE: Crunch Talks: Mourinho to seek backing from Woodward ahead of plunge into January market

Despite having a star-studded team, Leonardo Jardim has been unable to get his Monaco players firing and rumours are flying around social media suggesting the club is about to sack the manager.

The well-connected @Romain_Molina understands that AS Monaco have decided to sack Leonardo Jardim in the coming days. Big potential story developing.

With Jose Mourinho under-pressure to keep his job at Old Trafford, Jardim is a popular name amongst United fans to one day take the hot seat.

But how much is he to blame for Monaco being a mess this season?

People will point to how Monaco sell their best players every year and how Jardim previously helped the club win Ligue 1, despite competing against a financially dominating Paris Saint-Germain.

Other reports coming out of France on Tuesday are claiming that Arsenal icon Thierry Henry could be the next Monaco boss.

Breaking | AS Monaco are in contact with Thierry Henry about the possibility of him taking over as manager, according to @Romain_Molina.

It’s been somewhat ‘confirmed’ that Monaco have been in contact with Henry, who this week was being linked with the vacant Aston Villa managerial role following Steve Bruce getting the sack.

It’s worth noting that Arsene Wenger used to be the Monaco coach before he joined Arsenal.

Caught Offside has gathered a reaction from a group of United fans on Twitter.