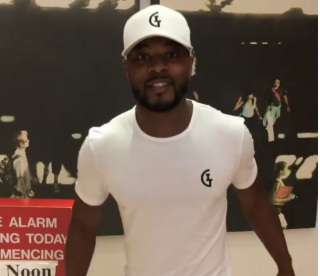 Patrice Evra is without the best footballer to follow on social media. His updates are hilarious and will pick up your mood no matter what…

With work on his autobiography well underway, without a release date just yet, Evra’s social media activity is sure to book sales, but that’s not to say this is all an act.

Evra has always come across as a fun character, high spirited and a good bloke.

In the video below, Evra is filmed tap dancing. He initially states how he always wanted to be a lap dancer before correcting himself and mistakenly calling it clap dancing!

The former Manchester United left-back does not explain why he’s dancing in what appears to be a hotel lobby wearing no pants, just boxers, as well as one sock. Who on earth walks around or tap dances with one sock on?