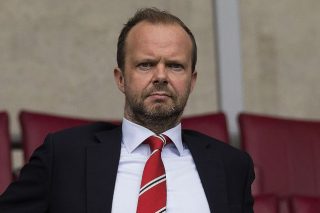 The Independent claims Manchester United have spoken to former Juventus CEO Giuseppe Marotta and had contact with the club’s current sporting director Fabio Paratici, with the Old Trafford hierarchy looking to remodel their football structure.

Miguel Delaney and Jack Pitt-Broke are responsible for the piece which suggests United have been interested in putting in place a full technical staff, as opposed to just a director of football.

When Marotta left his position at Juventus, with a lot of questions about why, we ran a piece on Stretty News with the view United should adopt the football model to that of Juventus, especially given he was credited with a huge role in restructuring the Italian champions over the last decade.

Juventus have very much become an example for modern clubs.

It is stated in the article that attempting to bring in the pair as a package would appeal to United, though it would be difficult to pull off. “Paratici has recently renewed his deal with Juventus, and is minded to stay loyal to a successful project he has played a key part in building.”

Whereas Marotta is out of work, therefore, considered “a great possibility” by the two Independent football writers.

This should come as a relief to United fans that the club is looking to restructure its football model. Vice executive-chairman, Ed Woodward, cannot be given the key to making football decisions anymore. He’s a businessman with not enough football knowledge to run the biggest club in world football.

The fans turned on the board at the weekend when Newcastle went 2-0 ahead. “José’s right, the board is shite” rang from the stands before United came from behind to win 3-2.