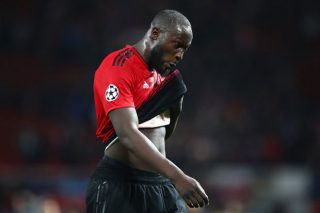 A 90th-minute winner against a side entrenched firmly in the relegation mire should not be cause for celebration and in many ways, this only served to paper over the multitude of cracks in the Old Trafford facade. But our season has lurched from one catastrophe to another and we’ll take a result anyway it comes at the minute. This was the good, the bad and the ugly from Manchester United – lethargic and listless in a woeful first half but inspired after half-time. A thrilling, climb-off-the-canvas victory secured at the last – vintage United and in keeping with this side. Think back to Selhurst Park and the Etihad last season – this was the same. Why can’t we start games in this way instead of only coming to the party in 15, 20, 45-minute spells, and how is it possible for a team to lurch to the inept from the ridiculous to the sublime in the space of 90 topsy-turvy, rollercoaster minutes? Answers on a postcard.  The common denominator in United going gung-ho under Mourinho is when they are forced to do so. Only then does the handbrake come off.  It’s Manchester United to a T.

Finally – at long, long last – Alexis Sanchez had made a telling impact in the Red of United. After a miserable nine months in Manchester even fuelled talk of a return to Arsenal, Chilean Sanchez belatedly came to the party. He met Ashley Young’s cross to flick a deft 90th-minute header beyond Martin Dubravka for only his third goal for us and by far his most impactful. It could be the spark to re-ignite his, and our, season. As Sanchez peeled away in front of the Stretford End on Saturday, his raw celebration sparked echoes of Bruce, Macheda and Owen. Vital goals which spurred United towards the top of the table, instead this was a goal which could keep Mourinho in a job.

A turning point, or a stay of execution?

Speaking of which, with matches against Chelsea and a Juventus doubleheader looming large after the international break, talk of Mourinho’s United future will not be dissipated by this result. But Mourinho has bought himself time to regroup and take stock, safe in the knowledge that – for now at least – he retains the full backing of the hierarchy. Whether this represents a turning point in the fortunes of both manager and team – or simply a stay of execution until the next defeat – remains to be seen. But one thing’s for sure: having had to cop so much flak in recent weeks, the players certainly stood up and gave their all for the badge. Mourinho’s name was sung from all corners of Old Trafford and everyone came together as we finally had something to cheer after a testing season.

Ashley Young is not up to standard

Inside 10 minutes United were 2-0 down to Newcastle and for both of the early goals, fingers could be pointed at Young.

For Kenedy’s opener, the left-footed right-back let his man get the run on him far too easily and then allowed him to cut back inside onto his favoured foot to curl low past David de Gea in the United goal.

And then for the second, Young started off on the right, marking Muto tightly as Shelvey’s ball came in. But, inexplicably, he let the striker turn inside the box without pressure to fire almost through De Gea.

It could have been so much worse for Young too in the first half, but he wasn’t penalised for a clear handball inside the area which, if the referee had seen it, it would have undoubtedly been a penalty – instead, a goal kick was given.

For whatever reason, Young was picked ahead of Diogo Dalot to start at right-back. But after Saturday’s performance, Mourinho – or the next United manager – may have to rethink the pecking order.

The Belgian is undeniably in a rut and again toiled in vain against Newcastle. He had a shocker in midweek against Valencia, and although it seems churlish to criticise a man who is United’s only out-and-out goalscorer and leading marksman, that’s part of the issue. He played throughout the summer in the ‘other Red Devils’ run to a third-place finish in the World Cup, and that appears to be taking its toll. But Mourinho will feel he cannot afford to give Lukaku a rest, and he is the only player in the squad who can do the job Jose wants. Anthony Martial and Marcus Rashford are widemen, very different type of players and there’s no one else. Even in the Carabao Cup, a competition in which you traditionally rest your key men, Lukaku played the full match.