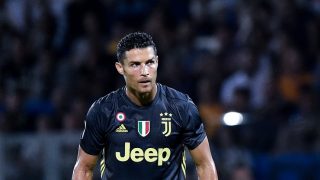 The former Real Madrid and Manchester United forward has recently been the subject of a major claim by model Mayorga, with DER SPIEGEL publishing details of an agreement signed by the pair to keep her silent about the incident in exchange of $375,000.

According to the Daily Mail, things now look even worse for Ronaldo as another alleged victim has come forward with fresh accusations, reaching out to lawyer Leslie Stovall.

Ronaldo, 33, has long been regarded as one of the finest footballers of all-time and a role model, but the serious nature of these accusations against him risks damaging his reputation.

The Juve star has strongly denied any wrongdoing, while the club jumped to his defence last week.

It goes without saying that DER SPIGEL’s reports have thrown up some worrying findings, but Ronaldo and Mayorga should get a fair trial. Everyone deserves that.