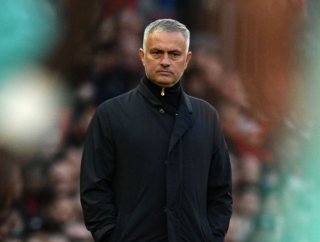 The Mirror stated Jose Mourinho would be fired regardless of the result against Newcastle.

Yeah, let’s see how that happens after a dramatic comeback from two-goals down versus The Magpies, who scored both of their goals in the opening 10 minutes.

Mourinho’s United came back to win 3-2 at Old Trafford on Saturday.

The win moved United to eight place with 13 points heading into the international break, and a meeting at Stamford Bridge is up next for Mourinho and his players – should he remain manager, which looks like it will be the case for now.

Frankly, we needed this. And there can be no question about Mourinho feeling the pressure.

Everyone feared the worst when Newcastle doubled their lead but, as the players showed in the second half, United never gave up. Mourinho deserves credit for that.

“I go to London tonight, if it rains in London tomorrow, it’s my fault. If there is some difficulty to have the agreements with Brexit, it’s my fault,” he said. “And I have to be ready for all of this. I think weakness and the clear manhunting in football is too much.”

Mourinho’s men pushed and pushed. Two of his substitutions were involved in the goals yet we have no doubt someone will have something negative to say about the man’s management today.

Okay, it wasn’t entirely perfect. Starting Scott McTominay over Fred was a questionable choice to say the least, but come on… what a way to turn a game on its head.

Substitute Marouane Fellaini laid out Mourinho’s halftime message: “The manager asked us to be men and to not be afraid and just play,” Fellaini said. “That’s what we did.”

The wheels on the bus did run over two of Mourinho’s youngsters, who he subbed off.

“Marcus Rashford was sad, Scott McTominay was scared on the pitch,” the manager said.

Now, with Chelsea and Juventus ahead, Mata and Co. are looking forward to the next challenge.

“It is relief and we feel that we got what we needed,” he said, as per BBC Sport. “In football, results fix everything.”

More quotes from Mourinho below:

Jose Mourinho: “I don’t even like people to sing my name”