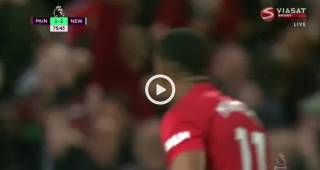 Anthony Martial has forced a dramatic comeback against Newcastle by equalising just minutes after Juan Mata pulled one back for Manchester United.

The scoreline was 2-0 in Newcastle’s favour just 10 minutes into the game but United came out flying in the second half to turn things around.

This is a clear sign the players are still playing for manager Jose Mourinho, who is under intense pressure to keep his job at Old Trafford.

Three points would be a big statement for Mourinho and his men ahead of the international break, especially given how poorly they performed in the first half against The Magpies.

Martial got his chance to start the game and rewarded the manager by scoring a stunning equaliser in the dying moments of the game.

Can United grab another?

It’s getting late but United never do things the easy way. It’s important we get all three points ahead of the international break. Chelsea away will follow afterwards!