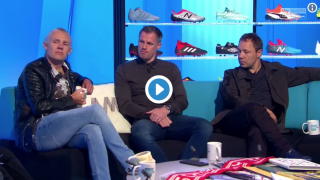 Neville makes for great television usually, but especially when he speaks from the heart.

The former United and England defender was reacting to suggestions that Jose Mourinho was about to be sacked  — whether his side beats Newcastle or not this weekend.

Neville argued the club was “rotten to the core” and sided with Mourinho rather than the owners.

The club has since dismissed reports that they’re about to sack Mourinho as “nonsense” but Neville’s rant remains relevant. Ed Woodward has gone through three different managers since 2013 and something needs to change.

Jamie Carragher, the former Liverpool defender who works alongside Neville on Sky Sports, was happy to fight his corner.

He told Soccer AM today: “I think he (Neville) is right. I think there is more problems than just the board.

“I think everyone loves it when a pundit speaks passionately because it’s emotional and that’s what fans love to see. That’s not an act, that’s how he feels about his own club and you couldn’t argue with anything that he’s said.

“You have got to look at the players there and ask if they’re doing enough and the manager himself. We all feel for managers at different times but everyone at Manchester United has got to do a lot more.

“They are great supporters at Manchester United – they haven’t really turned on the manager that much because the way they’ve been playing has not been good enough.”