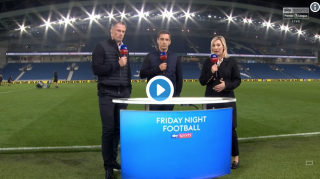 Manchester United legend Gary Neville had a scathing response to reports yesterday evening from The Mirror that stated that Jose Mourinho would be sacked as United boss this weekend.

While United have dismissed those reports as ‘nonsense’, Neville’s rant remains relevant as the club is rotten to the core thanks to businessmen running the show without a clue about football.

Check out the video of Neville’s attack on the club from Twitter below:

WATCH: NEVILLE’S FURY @GNev2 gives a furious reaction to reports that Jose Mourinho will be sacked this weekend: https://t.co/xRSQBtbj4u pic.twitter.com/KXcv6p6JoJ

Neville perfectly summed up the dire situation that United have found themselves in after a disastrous start to the new season – currently on a four-match winless run across all competitions.

It’s fair to say United have been in decline since Sir Alex Ferguson, however, these problems rooted well before then in 2005. It just adds to our view that he’s the greatest manager of all-time.