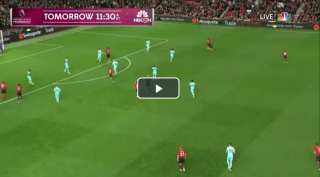 Alexis Sanchez has finally shown why Manchester United went out and bought him in January by scoring an injury-time winner against Newcastle.

In dramatic circumstances, United came back from a two goal deficit to beat The Magpies 3-2 at Old Trafford.

This is exactly the statement Mourinho’s men needed to make with the manager under intense pressure to keep his job.

The fans reacted to the goal by singing Mourinho’s name but this was also a very special moment for Sanchez, who has been getting a lot of criticism of late.

He has even lost his place in the team to Anthony Martial, who scored a late equaliser before the Chilean deliver the true goods.

United can now go into the international break on the back of a big win, with pressure lifted from Mourinho’s shoulders, although not entirely.

How does that taste Rafa?

Watch the late winner below: