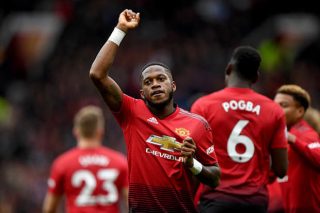 Manchester United are on a four-game run without a win across all competitions. Next up, we face Newcastle and need to step up to earn all three points.

United are 10th in the Premier League standings after seven games and The Magpies are 18th, so it’s a good chance to take advantage of another side truly struggling.

Back in February, Rafael Benitez’s men defeated the Reds 1-0 at St. James’ Park thanks to a goal by Matt Ritchie.

The situation now is very different. Jose Mourinho is under immense pressure following his team’s dismal displays in recent weeks but he is expected to make changes from the side that started against Valencia in the UEFA Champions League on Tuesday night.

Antonio Valencia faces the chop, as does Nemanja Matic, and Alexis Sanchez hardly did himself any favours with his performance against the La Liga outfit midweek.

Fans have not seen a lot of Jesse Lingard of late, but he is a player Mourinho can trust to carry out his duties and perhaps that is what the manager needs right now.

Update: After writing this, it emerged Lingard has been struggling with injury of late. Sanchez in / Lingard out.