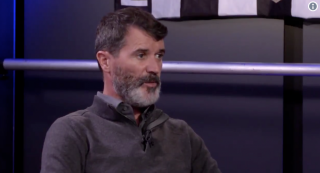 Manchester United are in a crisis at the moment and it doesn’t help that manager Jose Mourinho has fallen out with star midfielder Paul Pogba.

Roy Keane’s former teammate Paul Scholes has already had his say on the situation, claiming that Mourinho is “embarrassing” the club, but Keane has made the players the focus of his own criticism.

“But what you do as a footballer, and I’ve had one or two disagreements, when you cross that line you play for your team.

“I don’t care what fallout you’ve had with your manager, I don’t care if you’ve been at each other’s throats. That is part of the industry. People do fall out. Unfortunately, when you’re Man United – one of the biggest clubs in the world – things will get exaggerated.

“And if you’re a footballer for Manchester United, you put that jersey on, you walk out and you don’t give 100 per cent because you might be upset with somebody then good luck to Mourinho with this stuff.”

Keane adds: “I’m not talking about Pogba. I’m talking about players in general. Players who get upset with a manager or a coaching staff and think ‘I’m not going to train properly because somebody upset me’. There’s a lot of cry-babies out there.

“You can follow it up after the match but when the game’s going on liven up. Play with pride, play with energy, play with spirit.

“Hopefully play with a bit of skill. But on your bad days you roll your sleeves up and you fight for that jersey.

“Don’t get distracted by the balloons out there.”

Insight on what it takes to be a top footballer… not sure what his point is on balloons distracting people though pic.twitter.com/ZuwRbrKzbN

Of course, this message needs to be delivered with clarity.

It is worth noting that Keane was himself involved in an alleged altercation with Ireland international Harry Arter last month and the Bournemouth midfielder has yet to return to the squad.

Ireland boss Martin O’Neill appeared to confirm that rumours of the spat were accurate, which tells you all you need to know about how confrontational Keane remains.

Imagine if Keane had to deal with Pogba on a daily basis?