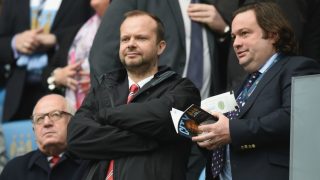 According to Miguel Delaney of The Independent, the word coming out of Old Trafford is that executive vice-chairman Ed Woodward remains reluctant to “push the button” on Jose Mourinho.

The report states that sources within Old Trafford “can’t decide which way to lean”, with intense pressure building on Mourinho to turn things around and get United back to winning ways.

Delaney points to the upcoming international break as a time that will allow United executives the time and space to think about Mourinho’s position clearly, without all the noise.

Woodward is probably looking to delay that conversation with his bosses where he explains his reasons for paying a whopping compensation out for a third consecutive time. Something has to give on that front too.

United would have to pay Mourinho upward of £12 million if they dismissed him, with that to go with the £7 million paid to David Moyes and the £8 million to Louis van Gaal and his staff.

This is why Woodward does not yet want to seriously consider a managerial change but United executives will still be in discussion about this over the coming weeks. Something has to give.