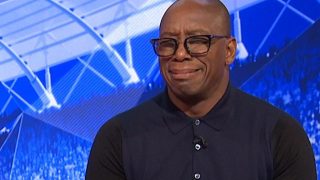 Arsenal legend Ian Wright has launched a scathing attacking on Jose Mourinho’s handling of the situation at Manchester United.

The Reds are in abysmal form right now and the squad doesn’t appear to be buying into Mourinho’s managerial methods, similarly to how things for the boss at his previous jobs with Chelsea and Real Madrid, albeit after winning a domestic title. Last season United won zilch.

Wright did not hold back in his assessment of the situation, hitting out at the Portuguese for ‘embarrassing’ United.

This is, without question, damning from Wright and worth a watch as many United fans will begin to agree with this kind of sentiment.

"What Mourinho is doing now is embarrassing Manchester United"@IanWright0 says José's behaviour this season is "ripping #MUFC to the core" pic.twitter.com/3IDFTlZeTF

Manchester United take on Valencia in the Champions League tonight, a tournament Arsenal are no longer involved in.