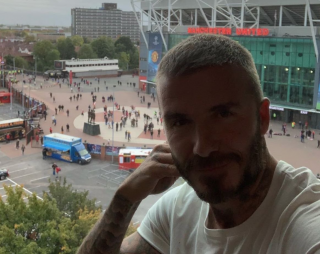 Arguably one of the world football’s biggest names, Becks is a global phenomenon but, more importantly, a United legend.

Beckham made 394 appearances for the Reds and managed to score 85 goals during that time.

He left Old Trafford in 2003 for Real Madrid before going on to play for AC Milan, Paris Saint-Germain and MLS side LA Galaxy.

Fans always enjoy seeing previous players return to Old Trafford, but Becks will forever be welcome back where his incredible career began.

Hopefully, it’s a night to cherish and United pick up all three points and put an end to this slump.