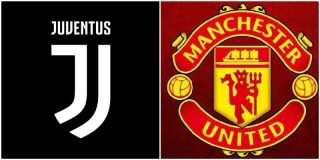 The news of Beppe Marotta leaving Juventus as the club’s CEO came as a surprise to many. Very few in the Italian media had expected it to happen and that too happened from out of nowhere. For the bianconeri though, it comes as a big blow. Along with the likes of Andrea Agnelli, Pavel Nedved and Fabio Paratici, Moratta is a big reason for making them the superpower that Juventus are today.

While Napoli are courting Marotta, the news of him stepping down was enough to whet the appetites of many Manchester United fans. After all, the Old Trafford based side is in a mess and is in direct contrast to what Juventus have been over the past eight years or so. The comparisons will have different contexts, but the way in which United are being run is how a top club should never be run. But the way Juventus have been running is how a club like United should be run.

It is a model which has reaped Juventus rewards, on the pitch and off it. When United have only done it off the pitch and hardly on it after the Sir Alex era.

When Marotta took over as the La Vecchia Signora CEO back in 2010, the club was in tatters. It was dealing with the financial aftermaths of the infamous Calciopoli scandal and Juventus were dubbed to be one of the worst run clubs in Italy. They had finished 7th in the Serie A in the 2009-10 season, 27 points off the top spot. Alessandro Del Piero, the club’s highest goalscorer ever, was their highest scorer in all competitions with just 11 goals. It wasn’t a good sight for any Juve fan.

When the season ended, it was marked by a complete makeover at the club. Andrea Agnelli took over as the president and roped in Beppe Marotta as the CEO. Marotta had done a very good job at Sampdoria, as the blucerciati CEO and had helped recover the club’s Serie A status after they had recorded their worst ever finish in history since 1946 in the Serie B. Marotta had a vital role in stabilising Samp as a mid-table Serie A side and the move to Juve was very well deserved.

Marotta brought with him Fabio Paratici and Luigi Delneri and while Paratici became the sporting director, Delneri was handed the managerial role, taking over from Alberto Zaccheroni. During Marotta’s first summer in charge, Juve signed Leonardo Bonucci from Bari for a fee of 15.5 million euros and Andrea Barzagli was signed from Wolfsburg for just 300,000 euros. Luka Toni, Fabio Quagliarella, Alberto Aquilani, Simone Pepe and Alessandro Matri were also signed that summer. The club signed 14 new players that summer and had offloaded 11, out of which the decisions to sell David Trezeguet and Diego were very unpopular were fans.

Juve did finish seventh once again in the 2010-11 season, but it was a mere rebuilding phase for something bigger.

Antonio Conte’s appointment in the summer of 2011 was met with opposition from fans, who believed that the future Italy and Chelsea manager was not good enough to manage in the top flight. But Conte was backed completely. Arturo Vidal (10.5 million euros) and Andrea Pirlo (free transfer) were both signed that summer, along with Stephan Lichtsteiner. Mirko Vucinic was acquired from Roma for a fee of 15 million euros.

That season, Juve won the Scudetto for the first time in nine years. Conte had the full backing of the board and while Marotta was the CEO, he has always had a hand on things off the pitch and on it. He has had a hand in appointing managers, deciding what players to sign and negotiating for incomings and outgoings. The following summer, Martin Caceres was finally acquired on a permanent basis after spending two loan spells and impressing. Kwadwo Asamoah was signed from Udinese for just 9 million euros and remarkably, Paul Pogba was signed for free.

The bianconeri won the Serie A again that season- the second consecutive title. Conte deserved a lot of credit for turning things around at the club, but the way in the club was managed was a big part of his success. The manner in which the deadwood was shipped out was commendable too. Almost every season, the Old Lady sold almost as many as they bought and that played a vital role in keeping their finances stable.

When the club reached the finals of the UEFA Champions League in 2015, the board and Conte were lauded for it. After all, the achievement was attained by having a midfield on which they had spent less than 15 million euros. It consisted of Pogba, Pirlo, Vidal and club legend and youth product Claudio Marchisio. The way Conte fit all of them into his 3-5-2 system and brought the best out of them was just as appreciated.

Bonucci, Barzagli and Chiellini had formed a BBC trio of their own. It was a backline which had cost Juve less than 20 million euros. Carlos Tevez had scored seven times for Juve in that march to the Champions League final and he had cost them mere 10 million euros.

As Juventus continue their march to being one of the best clubs in Europe, there are multiple things that stand out, if we compare their structure to Manchester United. As aforementioned, the contexts are different, but Juventus always had managers who they had complete faith in. And they never detered from placing that faith in them. If the manager wanted a kind of player, he always got it. One way or another.

Their march to success doesn’t just include glory on the pitch. Juve have made money off the pitch as well. They signed Pogba and Kingsley Coman for free and sold them for a profit of about 130 million euros. They signed Sami Khedira on a free from Real Madrid and he has become such a talisman under Max Allegri, who has changed from the traditional 3-5-2 shape to the 4-3-3 shape. Emre Can too was signed on free from Liverpool and his role is expected to be vital too.

Another thing that stands out is although Juve did sign players who never clicked in and never played, but they were very quick to dismiss and ship off the deadwood. They either signed players weren’t sure of on loan or let them go early. Not just because they weren’t being used, but because it would help them recover what they spent on them.

While the early Marotta years saw Juventus incur losses in the transfer market, but the Pogba sale and the Coman sale helped them recover a lot of their lost finances. And as their performances in the Champions League kept on bettering, finances became less of a worry than they ever were. All of that led to them signing Cristiano Ronaldo for a fee of 100 million euros this past summer. It wasn’t just an exercise to boost their performances on the pitch and get them closer to winning the Champions League, it reflects the club in a lofty light. Ronaldo brings incredible marketing muscle for the club and even if he doesn’t perform (which will be very unsual), he will help Juventus thrive as an economic model.

It is the structure though, which is much more enviable. Under Andrea Agnelli operate (operated, since Marotta has left) the CEO and sporting director. The sporting director- Fabio Paratici handles majorly the on-pitch stuff. He seeks approval of the President and the CEO in making a signing. Once he gets the nod, Paratici and Marotta go ahead with negotiating. And being the CEO, Marotta has a hand in just about everything. He’s basically an impression of Agnelli. But one thing that stands out is his knowledge of football. He doesn’t just know how to make the club excel off the pitch, he also knows how the club will excel on the pitch. Along with Paratici, he goes about the on-pitch business on advise of Agnelli.

It’s a very clear-cut and well-exercised model. Agnelli has Marotta operating under him and Paratici works under both of them and very often, on the advice of both of them. Everyone knows their job. And we see are seeing the results of it these days.

With Manchester United now looking for a sporting director of their own, Marotta will surely be linked with the job. But it is highly unlikely he comes to England. And with Fabio Paratici also highly likely to leave Juve, United could be licking their lips already. But with the FIGC looking for a complete overhaul at all levels, both of them could well be headed that way, especially Paratici.

Things work differently at Old Trafford. There’s no one who knows football up there. The club is thriving merely as a business. Probably doing better than Microsoft, in that aspect. But at least Microsoft is very good at doing what it has been known for, unlike United.

Ed Woodward and the Glazers may have made the club the richest club in the world, but that isn’t enough for a club of United’s size. Results on the pitch haven’t come. And Jose Mourinho’s tenure shows that they have been hypocritical in backing the manager and in giving him what he wants, despite being such a commercial success. The day United appoint a sporting director to work under a new CEO, the club will start to rediscover its lost shine.