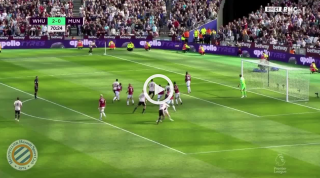 Marcus Rashford pulls one back for Manchester United as the Reds trail 3-1 against West Ham. The Hammers scored imminently after the England international score to make the uphill climb a more difficult one.

Our goal came from an average corner but Rashford’s moment of magic to flick the back into the net could have been an important goal to save Jose Mourinho from getting the sack. That no longer appears to be the case.

United have been abysmal today and deserve to be trailing. There has been zero attacking intent from the Reds and to get a win today would be a shock given how we’ve performed against The Hammers.

With around 20 minutes to play, United need three goals to get all three points but West Ham have not given up yet and continue to attack David de Gea’s goal.

Rashford has not been on the pitch very long but has made an instant impact. Perhaps he should have started from the beginning…

This is just not good enough. It is the third time this season we have conceded three goals — Brighton, Tottenham and now West Ham — and the pressure is really piling on Mourinho.

How will he last this?