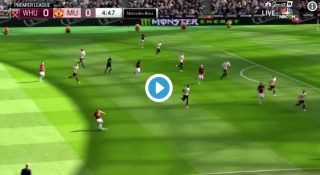 The former United transfer target opened the scoring with a stylish finish after Manuel Pellegrini’s side dominated possession during the early stages of the match.

However, Zabaleta was a whisker offside!

Unless the Reds find a way to keep the ball and attack, this could be a long afternoon and make matters even worse for manager Jose Mourinho.

It would be great if the Reds started to show some attacking intent. Even with three players on the pitch acting as centre-backs, we still look weak at the back. Mourinho will obviously point the finger at Woodward when it comes to that, but the excuses must stop.

This is simply not good enough.

There’s obviously still time to turn things around but it’s been a challenging start to the game for the lads.