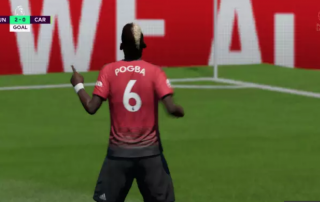 Few games can generate as much excitement as the annual release of FIFA 19 and with the latest EA SPORTS release, we have the ratings for each Manchester United player.

Attempts were made during the summer to bridge that bag with City, with United signing Brazilian international Fred and FC Porto starlet Diogo Dalot.

However, Mourinho will argue he wasn’t backed adequately by the club’s executive vice-chairman Ed Woodward, who ruled out multiple signings he didn’t deem good enough.

That has contributed to United’s terrible start to the 2018/19 season and we already find ourselves eliminated out of the League Cup after losing to Championship side Derby County.

Has our players early form this season affected their FIFA 19 ratings?