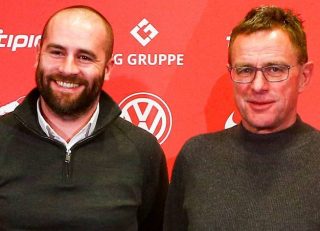 German news outlet Bild has made big claims that Manchester United see Paul Mitchell as the front-runner for the soon to be announced Director of Football role.

This is seen as a dream job for Michell, a Mancunian, who currently works at RB Leipzig, a club with a strong reputation for attracting young promising talent.

However, RB Leipzig manager Ralf Rangnick has apparently been unimpressed with Mitchell’s work but that sounds unfair as he’s not been at the club very long (joining in February of this year).

Micthell has previously worked as a scout at Southampton and Tottenham Hotspur and has been praised for identifying talents such as Nathaniel Clyne, Dele Alli, Sadio Mane, Victor Wanyama and Kieran Trippier, not the mention the excellent Son Heung-min.

Whoever comes in as DoF, an announcement is expected to be made before the end of this season, so question marks will be hanging over which manager they will be working with as Jose Mourinho’s job is far from safe.

That would potentially make it good timing to bring in a DoF too so that they’re both starting on the same page and working closely together to make United successful again.