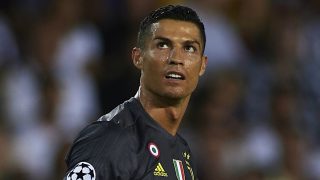 A woman from Las Vegas says Cristiano Ronaldo is the man who raped her in a hotel in 2009. In the current issue of DER SPIEGEL, she goes public with her accusations for the first time.

The report states the woman is from the United States. Ronaldo, says Kathryn Mayorga, 34, raped her in Las Vegas before paying her a huge sum of $375,000 so that she would never again speak about that night.

However, her lawyer is now questioning the validity of that out-of-court settlement in a civil complaint in Nevada.

Mayorga has now spoken publicly for the first time about her alleged encounter with Ronaldo nine years ago and tells her version of what took place in his hotel suite, as per DER SPIEGEL.

It is claimed Ronaldo raped Mayorga anally. She says: “By this time, he’s (…) on his knees. He says the 99 percent thing.” He insisted, Mayorga says, that he was a “good guy” except for the “one percent.”

Ronaldo denies the accusations and claims the sex was consensual.

DER SPIEGEL first reported on the rape accusations one-and-a-half years ago. That report came from documents made available to the magazine by Football Leaks.