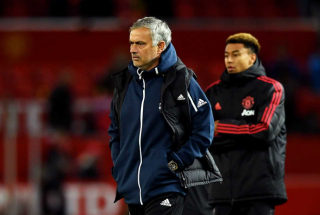 Any strong seaworthy vessel needs a captain, a leader and a capable hand on the tiller to steady the literal ship and guide his crew through the darkest of nights and the stormiest of seas. Without a man in charge, the vessel is rendered useless – listing leeward at the mercy of the conditions – rudderless, punctured, holed below the waterline, drifting aimlessly without direction and on course for catastrophe – it’s only a matter of time before gravity takes over and the whole thing topples over, capsizes and sinks into the depths, never to be seen again.

Bear with me on this analogy but that’s where the vessel named HMS Manchester United finds itself right now – we’re a craft that has been left to the mercy of the sea with unstable parts that don’t fit together, components that aren’t fit for purpose, with an inadequate, badly assembled structure that’s creaking at the seams and a crew unable to cope with rescue efforts, a crew that are hopelessly out of their depths and one that have never done lifeboat drill. No one knows who’s meant to be in charge, no one has a clue who should be doing what or who should be where.

There’s no captain to bark out orders, no skipper to organise and rally his troops in one final, last-ditch attempt to avert the vessel’s impending fate. The nearest port is miles away and neighbouring ships have left the vessel to flounder and break up all by herself  – abandoned, isolated and alone. A once fine, a once mighty, a once magnificent and unsinkable piece of machinery, feared and revered in equal measure by consumers and rivals throughout the world, is at a loss to prevent the raging torrent of seawater currently pouring over its bulwarks.

Jose Mourinho may have righted the ship where others could not and admirably steered it through calmer, more tranquil seas in recent times but the latest storm is never far away in these turbulent, shark-infested waters –  and so we come to the flotsam that has become Manchester United in 2018-19.

The club is sinking rapidly under the unstoppable floodwater of failure and is already in danger of turning into nothing more than a shipwreck. The people in charge, the people charged with building and maintaining their world-renowned, multi-million-pound project, tasked with keeping it up to standard at the demand of its expectant customers, have done nothing to help the ship that now resembles merely a shadow of what it once was. It’s sunk without a trace before their very eyes, into the ocean and the bottomless abyss that ultimately awaits on the seabed, but they are distant and detached – counting their money without a care in the world in some far-flung corner of the globe. Just how they like it. Their product has gone but profits are high and, despite the loss of the ship, their commercial assets have never been better.

Whether Jose will do what all good captains should and go down with his ship, or jump into the nearest lifeboat and row off into the sunset remains to be seen. Either way, this is a ship that is navigated on a collision course to catastrophe, one that is only certain to reach the point of no return.