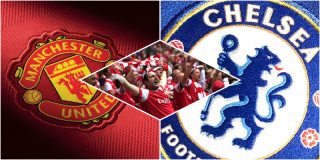 Chelsea and Manchester United are listed as among the clubs considering the free transfer of Arsenal midfielder Aaron Ramsey as he looks set to leave the club.

According to a shock report from the Daily Mirror, the Wales international has no new contract offer on the table and is heading for an exit from the Emirates Stadium on a Bosman.

Ramsey has been a key player for Arsenal for many years and it may not be such a big surprise that he wants a new challenge, but the apparent lack of effort from the Gunners’ end has surprised a few.

READ MORE: Man Utd are unseaworthy and sinking without a trace

Unai Emery has also relied on Ramsey for most of this season so far which makes Arsenal’s stance all the more questionable. He could do with a player of Ramsey’s experience as he faces the difficult task of rebuilding the side after Arsene Wenger, who allowed several key players settle for second best. Or worse, just about crossing the line to get into the Champions League most seasons.

The Mirror links Chelsea, United, Juventus and Lazio as among the clubs who’ve become interested in Ramsey since the summer.

Aged 27, Ramsey would make a fine addition for most Premier League clubs, but Chelsea and United are easy to pick out with their own issues in midfield at the moment. Moreover, they are clubs who could pay him a better salary than the Gunners.

Doubts over Paul Pogba’s future may make United seriously consider a move for Ramsey in the coming months.