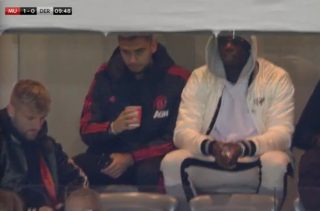 The Sun ran a story from Neil Custis following Manchester United’s 1-1 draw with Wolves at the weekend suggesting that manager Jose Mourinho had it out with Paul Pogba.

On Tuesday, The Times’ Paul Hirst claimed Mourinho has made the Frenchman’s teammates aware that he will never captain the side again.

Pogba was then “rested” for tonight’s encounter with Derby County, though many are speculating that another rift is brewing at Old Trafford.

We’ve been here before – already this season and it’s only September. Surely they will get sick of one another and one of the two will leave in the not too distant future?

Never a dull moment with United.