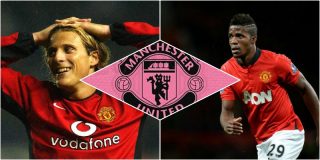 Whenever Manchester United sign a player it’s almost always met with excitement, joy and in some cases, if the player is relatively unknown, intrigue.

Players with big reputations and raw talent have plied their trade at the theatre of dreams for years. Some players though seem to struggle under the weight of a transfer to one of the biggest teams in the world.  Why do some not quite make it at Old Trafford but flourish at other clubs.

It seems you need a special mentality to be able to ‘make it’ at the top tier of modern football.

READ MORE: Football journalist hits out at Mourinho for not being a great tactician

Wilfred Zaha had some choice comments last week about life at United. In an interview with Shortlist he said: “I was dealing with this at 19; living in Manchester by myself, nowhere near anyone else, because the club had a hold over where I lived. They hadn’t given me a car, like every other player. Nothing. I’m living in this hell by myself, away from my family, and I thought: ‘If this doesn’t make me stronger, what will?’”

Although this would seem a justifiable criticism to some, maybe it sounds like what most professional footballers have to deal with?

Players transferred from another country at the same age would have a different language to learn, a culture to adapt to and even the Manchester weather to contend with (if we are splitting hairs).

Of course, there are other factors Zaha goes on to talk about which could be discussed but let’s look at a few other examples of players excelling elsewhere after United.

Diego Forlan. The man who made the scousers cry. Who can forget those two goals at Anfield?

Diego certainly had his moments in a United shirt but his career really took off (as well as his shirt every time he scored) for Villarreal, Althetico Madrid and Inter Milan.

Signed in the January transfer window in 2002, despite opposition from Middlesbrough, Diego took until September of the next season to open his account for the reds. Fans willed him to do well and score and it wasn’t until a penalty against Maccabi Haifa in the champions league that he broke his duck.

Anfield, a last minute equaliser against Aston Villa, a winner in the closing stages against Southampton, another winner against Chelsea in the league cup and a lovely strike against Glasgow Rangers were highlights from his United career. Unfortunately, Diego couldn’t get a regular place in the starting 11 and gradually chances became few and far between. Never a player to complain he moved on and was twice La Liga top scorer in his time in Spain.

Ben Foster. He is enjoying another spell at Watford after being loaned out by United to the Hornets at the beginning of his Reds career.

Foster has been a dependable number one for Birmingham and West Brom since his departure. Highly rated when he joined from Stoke, Foster, was given his big chance when Edwin Van Der Sar was injured at the beginning of the 2009-2010 season. Mistakes against City in the famous 4-3 win that season seemed to mark his card in an important game. After leaving the club Foster commented to Skysports News in April this year “With a team like Man Utd, they’re always in the latter stages of cup competitions so there’s a game every three or four days. You spend a lot of time travelling, in hotels. It just wasn’t for me.

“You can appreciate these players at the top level, what they have to go through. A lot is asked of them.”

Memphis Depay. He arrived for £25 million from PSV as the Dutch Divisions top scorer. Impressive for a winger but it didn’t really look like it was ever going to work for Memphis at United. Undoubted talent with flashes of brilliance at the beginning of his career at United but it quickly went downhill under the management of Louis Van Gaal.

Depay told Dutch newspaper, during his first season, De Telegraaf, “There are a lot of games in Manchester. There are very few rest days and on training days you are mainly concerned with recovering. It’s heavy, two games a week, always at a high level, and my body has to get used to that.”

Jose Mourinho didn’t seem to find any use for him and off he went to Lyon where he has been excellent and so far has managed 28 goals in 80 matches. Not bad for someone who will be remembered for his awful headed back pass away at Stoke!

Tim Howard. Little was known about the Howard when he arrived from MLS side Metrostars (now known as New York Red Bulls) in 2002.

He had a very good first season making some spectacular saves but Tim spent most of his spell at United competing with Roy Carroll. His form dipped after a costly mistake in the champions league against Jose Mourinho’s Porto in 2004. This prompted Jose’s infamous celebration down the touch line.

A transfer to Everton reignited his career under Moyes with 418 appearances for the Toffees number 1. He also became a national hero during the USA’s run in the 2014 World Cup in South Africa. Howard noted in an interview with popular American interviewer, Graham Bensinger, about his spell at United that

“People I didn’t know at the club sang my praises, lots of pats me on the back and lots of good mornings and when things weren’t going so well those same people, who I thought were great, they would walk past me and not say ‘good morning’, so I learned very quick that it was a business.”

From all this, we can understand that playing for a club like United has its very unique demands not just physically but mentally.

Becoming a professional footballer is extremely difficult to achieve within itself but to maintain that level of professionalism and form is another level of mentality and dedication.

The weight of being a player Manchester United has been too much for some and the pressure of coming back from a setback at the very top is unattainable.

To appreciate what club legends have accomplished at Old Trafford in their long or short time has to be lauded. It seems right now that it could be a while before we hold such players in high esteem again. 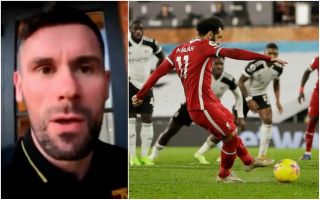