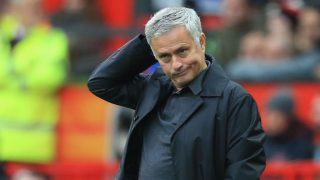 Frank Lampard has made a fine start to management, but it will take a masterstroke for his Derby County side to eliminate Manchester United from the League Cup.

The Reds welcome Championship outfit Derby to Old Trafford for a League Cup third round tie on Tuesday night.

Jose Mourinho and Lampard won this competition together twice while at Chelsea but the two men will now meet on opposite sides as managers for the first time.

The Reds are currently 11/2 second favourites to win the League Cup, while Derby are outsiders at 125/1.

United are 1/5 to beat Derby over 90 minutes, with visitors Derby are a huge 12/1 to cause an upset.

A draw, which would mean a penalty shoot-out, can be tipped at 11/2.

Mourinho pretty much confirmed that Diogo Dalot will start the game at right-back and following his debut performance last week against Young Boys, United fans are excited about seeing him in action again.

Ander Herrera trained on the Old Trafford surface following Saturday’s 1-1 draw with Wolves and is expected to be available.

For Derby, George Evans and Curtis Davis are unlikely to feature while Ikechi Anya is definitely ruled out. David Nugent usually starts up front but Jack Marriott is being tipped to start this match.

While the visitors should give a good account of themselves, we expect United to do enough to progress to the next round.