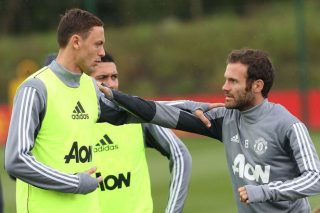 Nemanja Matic has reportedly shown what an exceptional human being he is off the pitch with a huge donation to help save a young boy’s life.

Footballers unfairly have a poor reputation when it comes to earnings and what they spend it on. Some are branded too flashy, but we don’t always get the full story. The kindest of gestures are not always made public.

With that in mind, it’s an incredibly refreshing story that has emerged in Serbia, as reported by the Daily Mail. It has been noted that Matic has donated £63,000 (€70,000) to Dusan Todorovic, a young boy in Serbia who required significant help to pay for his cancer treatment.

READ MORE: Man Utd vs Wolves: 3 key battles to watch out for at Old Trafford

The youngster has been aiming to travel to Barcelona to undergo the necessary treatment for his neuroblastoma, and as stated in the report, Matic has wanted to remain anonymous but the identity of the ‘mystery donor’ was shared by the lad’s father.

Moreover, it is not rare for United players to donate money to great causes. Common Goal, an initiative set up by Matic’s teammate Juan Mata is a charitable project with the aim of using the immense power of football to generate social change and improve people’s lives. It’s members, including Mata, donate 1% of their income to active projects in all continents.

As per Partizan Belgrade’s tweet below, they have now raised almost €200,000 for Todorovic to ensure that the four-year-old can get the treatment needed in Spain.

Nemanja Matic. What a guy!

Nearly €200,000 has been raised towards the treatment of ill four-year-old Partizan fan Dušan Todorović. This total includes money raised from ticket sales for the FK Rad game and a Crvena zvezda fan who auctioned his ticket for their Champions League matches. Well done all 👏 pic.twitter.com/SzvvyEaXRN