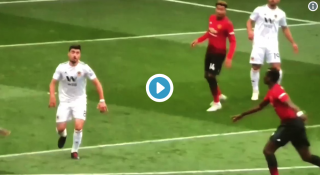 Manchester United new signing Fred scored his first goal at the club against Wolves in the Premier League.

Wolves had been looking dangerous on set pieces but United were able to catch them on the counter-attack.

A quick attack up the left-flank from Luke Shaw saw a cross enter the opposition’s box before a cool touch from Paul Pogba found Fred, who placed his effort carefully past the Wolves goalkeeper.

The statistics currently weigh heavy in United’s favour – with Wolves last beating the Reds at Old Trafford back in 1980.

It will take something special for that to happen today and United are likely to push on in search of another goal.

David de Gea has been busy thus far, so don’t rule anything out just yet.