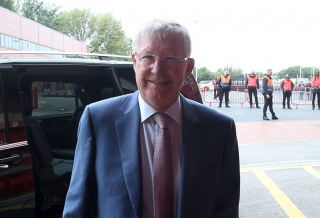 Manchester United have confirmed that Sir Alex Ferguson will attend their Premier League encounter with Wolves at Old Trafford on Saturday.

Ferguson, 76, was admitted to the Salford Royal Hospital in May and required emergency surgery for a brain haemorrhage.

The former boss released a statement in July to thank staff at Macclesfield, Salford Royal and Alexandra hospitals who helped look after him and reveal he hoped to be back at Old Trafford this season.

As a result, the club has urged fans to enter the ground 15 minutes early for the 3 o’clock kick-off against Wolves to honour Fergie’s return.

It will be great to see the greatest football manager of all-time back at Old Trafford, where he belongs.

Oh every single one of us loves Alex Ferguson!